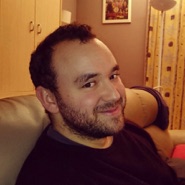 In my research, I use (quasi) experiments to study how voters and parties react and proact to electoral institutions. I try to understand people's experience of elections and representative democracy across countries and find ways to improve it. Sometimes, I also attempt to contribute to discussions around survey and experimental methods in the social sciences.

Over the years, I’ve coordinated a dozen of surveys and experiments, mostly in Belgium, Canada, France, and the United Kingdom. In 2020, I also directed the European Political Institutions Survey, an inter-university project and a large-scale survey covering 15 Western European countries. I’ve been financially supported by the British Academy, the Belgian Fonds de la Recherche Scientifique, and the Montreal Centre for Democratic Citizenship.